Figure 1. Test Setup For Measuring Voltage Between the Planes on a Four Layer PCB Model
(Measurement in the time domain)

Abstract: Four layer PCBs are used in a wide variety of applications. However, usually it is necessary for some signal paths to be routed on both the top and bottom signal layers to achieve required routing density. Using a model of a four layer PCB with ground and power planes, data is presented in the time domain that shows routing signals on both signal layers can cause significant signal voltage to be developed between the planes unless a simple design rule is observed.

Discussion: Figure 1 shows the test setup used to generate data, composed of a Fischer Custom Communications TG-EFT high voltage pulse generator, an Agilent Infinium 54845a scope, and a test board. The test board is copper clad on both sides and about 50 mils thick. A close-up of the bottom of the board is shown in Figure 2, before the BNC connector was added in the middle of the board. Two paths about 9 inches (~23 cm) in length run from SMA connectors to 51 Ohm load resistors. The paths are made from the individual insulated wires of 100 Ohm twisted pair telephone wire taped down to the underlying plane, thus forming approximately 50 Ohm transmission lines. One path stays on the bottom of the board while the other path runs about 1/3 of its length on the top side of the board (visible in Figure 1).

Figure 2. Bottom Side of Test Board
Figure 3 shows a close-up of the top side of the test board. A BNC board mount connector has been soldered down to the top plane (and surrounded by copper tape to insure a good 360 degree contact from the plane to the connector). The center pin of the connector is soldered to the bottom plane so the signal at the BNC connector is the signal voltage between the planes. This connector is connected to the scope input while the TG-EFT pulse generator output is connected to one or the other of the SMA connectors that the signal paths on the bottom of the board are connected to (right side of Figure 3). SMA to BNC adapters are used to interface the BNC cable to the scope.

Figure 3. Top Side of Test Board
The TG-EFT was set to produce 100 Volt pulses (with a rise time of 2 ns and a fall time of about 100 ns). This setting would produce a current pulse into the signal path on the board of about one Ampere since a 50 Ohm series termination was used on the output of the TG-EFT, similar to that shown in Figure 4, and the rest of the signal path is also 50 Ohms. 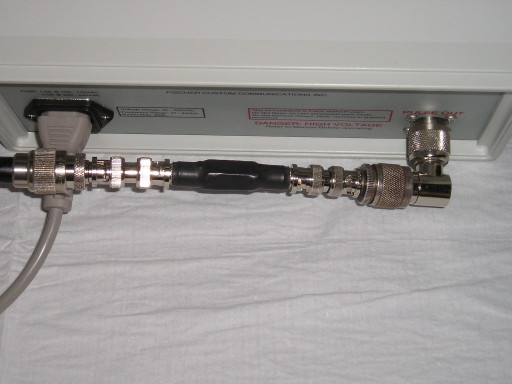 Figure 5. Measured Voltage Between Planes for Signal That Stays on the Same Side of the Board
(Vertical scale = 2 mV/div, Horizontal scale = 10 ns/div)

Figure 6. Measured Voltage Between Planes for Signal That Routes on Both Sides of the Board
(Vertical scale = 100 mV/div, Horizontal scale = 10 ns/div)

There are many scenarios where an Ampere or more of current can be dumped into the power-ground structure of a PCB. For example, a wide bus that changes from the top layer to the bottom layer of a backplane can generate substantial currents in the planes if the bits change all at once in the same direction. Modern busses can also be faster than the 2 ns rise time of the current used for this experiment, likely making the problem worse.

As a test for one of my clients, I once dumped almost 90 Amperes of current with a 5 ns rise time from the output of an EFT generator into the 3.3 Volt power plane of a PCB relative to the ground planes. No errors in the operation of the board were observed, a very good design and much better than our test board used here by two orders of magnitude or more.

This is a limiting case compared with most four layer PCBs (only four "bypass caps"), but the effect described could represent a significant problem for passive backplanes and connecting boards which may have capacitors widely spaced if any at all. Some time ago I reviewed the layout of a passive four layer board that connected SCSI signals between two parts of a system. The SCSI paths came in on the top layer and exited on the bottom layer to another connector. I had the person doing the layout add bypass capacitors in the field of vias of the SCSI signals as they passed from the top layer to the bottom layer to prevent the effect shown above.

Given the above data, one could propose a design rule for four layer boards where critical or noisy signals (bus, clock, reset, or similar) must pass from the top signal layer to the bottom signal layer of a four layer board: The vias for these signals should be located near an existing or added bypass capacitor.

Additional articles on this website related to this topic are:
Equipment used in this Technical Tidbit:
A 10+ minute video that shows the live experiment pictured in Figure 1 and discusses implications for system radiated emissions will be posted at http://circuitadvisor.com in the membership section.